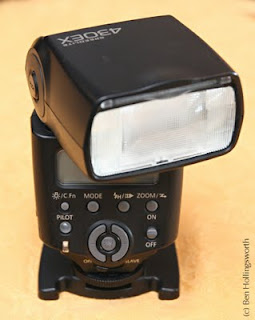 My Canon Speedlite 430EX died on me recently.  Much to my dismay, I found that Canon factory service no longer repaired that model.  Nor, in fact, would several other third party repair facilities.  This stuck me as odd, because the flash had only been out of production for four years, and although the 430EX wasn't their flagship model, it was closer to the top than the bottom of their product line.  This caused me to do a little digging into the amount of time for which you can expect to have a particular piece of camera equipment repaired, should it fail on you.  This info is especially useful for people like me, who like to save a buck by buying used gear.

The warranty that you get by buying brand new gear is nice, but in the grand scheme of things, it really doesn't last very long.  Canon's standard warranty is one year for new products and 90 days for refurbished products.  What happens when your reliable, old workhorse dies on you after the warranty expires?

If you can afford it, you can keep upgrading your gear to newer products every few years and then sell of your older models while they're working well and still new enough to have a decent resale value.  This is what I should have been doing.  I'd been wanting to upgrade to a 580EX flash for months, but hadn't.  Now I've lost any resale value that my 430EX may have had, so the upgrade (which I can no longer put off) will cost me a lot more out of pocket.

Because I'm a member of Canon Professional Services, I contacted Canon to see if there was a standard timeline for when service for aging products might be discontinued.  Their response?  No, not really.  There's no fixed timeline for when Canon will cease service on a given product.  The service rep I spoke to said only that for Canon's older equipment, camera bodies tend to be serviced for 11-12 years from the time they're first introduced, and lenses tend to last longer than that.

My theory is that there are a whole lot of factors that go into this: 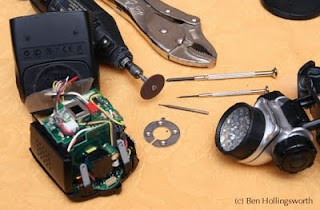 So what are your options when Canon refuses to work with you?  Fortunately, there are plenty of camera repair shops out there.

United Camera is one of the better known third party camera repair shops.  According to their web site, they won't repair the 430EX any longer, either.

I emailed the repair center at KEH (best known as a used equipment broker).  They said that 90% of the flash problems they see are caused by dead flash tubes, which are still repairable by them for $120 plus shipping.  If it turns out that the problem is with the circuit board or some other specialty part, then I'm out of luck.  I'd have to ship it to them for analysis to be sure.  $120 seems excessive, since I could buy a fully functional 430EX off eBay for $150.

For the handy-folk among us, I was also able to find "official factory service manuals" for the Canon 430EX for sale at TradeBit.com.  FixYa.com also has user-submitted repair instructions for various problems.  No word on where to find replacement parts if something's dead, though.  eBay is the first place I'd look.  As I write this, there's a brand new 430EXII flash tube on eBay for just $10.

At press time, I've already picked up a lightly-used 580EX (first generation).  I haven't yet decided what to do with the 430EX, but I'll probably tear it down & try to repair it myself when I have a spare evening.  Unfortunately, I've already got a few other old devices waiting in that queue.

If you've got a working 430EX and would like to improve its functionality, read my article about increasing the head rotation angle.

What has been your experience buying and/or repairing used camera equipment?  Have you ever gotten burned by a device that died right after you got it?  What is Nikon's service life expectancy like?  Do tell in the comments below.
Posted by Obi-Wan at 8:00 PM