New full-frame DSLR's: are they right for you? 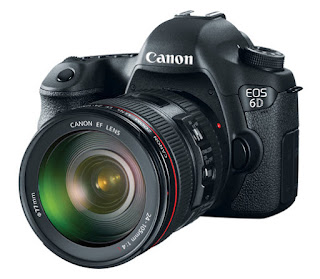 Coinciding with this month's biannual Photokina trade show, Canon, Nikon, and Sony have all released new DSLR bodies which offer full frame (35mm-sized) sensors at a really low price point (US$2000-3000).  I don't typically review brand new gear in the Prairie Rim Images blog, but I've been asked by a few people what I think of these, so I wanted to share my opinions publicly.  The specific models in question are the Canon 6D, the Nikon D600, and the Sony SLT-A99.

I won't reiterate all of the technical details of each body, but you can find them all over the web.  For example:  Canon 6D, Nikon D600, and Sony SLT-A99.  In general, these seem to be mid-grade consumer bodies which have been upgraded to full frame sensors.  They each boast 20-24 megapixels, ISO sensitivity surpassing 25600, slow frame rates, mid-grade autofocus mechanisms, slow flash sync speeds, SDHC memory card slots, and simplified user interfaces.

Am I excited to see these new models?  Not in the slightest.  Other than the improved high-ISO noise, they offer nothing of benefit for the type of shooting that I do.  However, I'm sure these models will be the greatest things since sliced bread for a certain segment of the population.

The important thing to keep in mind when buying any new piece of gear is that just because it's shiny, new, & in your price range doesn't mean it's right for you.  You need to step back, take an honest look at how you use your gear and which features are legitimately holding you back, then choose your upgrades based on what will provide you with the most real benefit.

So, about these new full frame cameras. 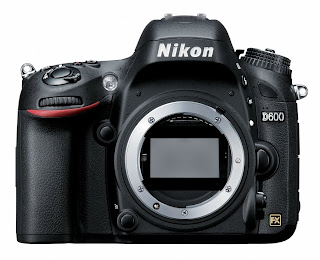 I shoot a lot of sports, wildlife, and corporate events in dark venues.  I do a lot of work with off-camera flash.  I also use a lot of antique lenses, some of which extend far enough inside the camera body that a full-size mirror would contact the rear lens element.  Currently, my primary body is a Canon 7D -- their top-of-the-line crop body.  These new full frame bodies have a number of drawbacks for my kind of shooting.

First, there's the mirror clearance issue, which is a complete deal breaker.  However, I realize I'm a bit of an odd bird in that regard, so we'll put that aside for the time being.

When you switch from a crop sensor to full frame, all of your lenses get about 35% shorter.  My 70-200/2.8 lens is already borderline too short on a crop sensor.  The larger sensor also requires more coverage and physically larger glass in those lenses.  My wider Canon lenses ( < 70mm) are EF-S mount, which will only cover a crop sensor & won't mount on a full frame body.  Many other manufacturers also make lenses that are designed for crop sensors and vignette heavily on full frame bodies.  Long, fast lenses are expensive enough already.  I can't afford to spend many thousands of dollars upgrading lenses simply to restore the status quo.

These new bodies use SD cards, not CF cards.  They're clearly an extension of the consumer bodies in that regard (the 60D, in Canon's case).  Most upper level cameras (and the pros that use them) use CF cards.  I've got 50+ GB of fast, expensive CF cards, and I don't want to have to buy a bunch of new SD cards just to get back to where I already was.  I'd still be keeping the CF cards to work in my other bodies, of course.  Again, I'd be spending more money to restore the status quo. 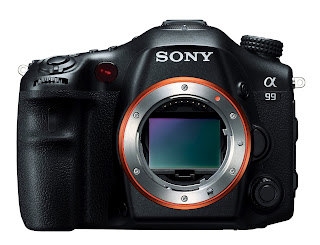 I shoot a lot of sports & wildlife.  The 19 focus points on the 7D make focusing on active subjects far easier than the 9 points on my 50D.  The new 6D has only 11 focusing points.  At least Nikon's 60D has 39 points, but it lacks a rear (thumb) AF button, which most pros use exclusively.  There's also the 8 fps of my 7D, which I use extensively.  These new bodies are down around 5 fps.  That's a huge difference for fast-moving subjects.  Also, the 6D's max shutter speed is only 1/4000s, compared to the 7D's 1/8000s.  All this said, I do know that a few pros have been shooting NFL games with the D600 in its first week on the market.  They say it works, but it's noticeably slower than the D4's that most of them generally use.

For environmental & sports portraits, I often use a flash outdoors or in other bright rooms, often on a moving subject.  The faster your sync speed, the more you can kill the ambient light, and the more power your flashes appear to have relative to the ambient light.  My 7D syncs at 1/250s, and I've gotten clean shots at 1/320s on occasion.  The D600 syncs at 1/200s, and the 6D syncs at 1/180s.  That effectively drops the power of all my flashes by a half stop and adds additional motion blur to a moving subject.  On that note, I'm not sure about the 6D, but the D600 doesn't have an external flash sync port.

For all of the above reasons, I think the new 6D & D600 are a step backward for the type of shooting I do.  The 6D is just a 60D with a full frame sensor.  You get much better high-ISO noise and GPS tagging, but not much else.

Of course, some types of shooters will love them.  If you're upgrading from a consumer body and want to get into wedding or studio photography (where everything moves slow and the lighting is low or controlled), you'll probably love them.  That's not me, but it probably suits quite a lot of people just perfectly.

Again, the important thing is that you know what your needs are and how any piece of equipment will meet those needs before you lay down your green.  If you do decide that these models meet your needs, you can find great prices on them at these links:  Canon 6D, Nikon D600, Sony SLT-A99.

I'd love to hear your own opinions on how these models match up with your photographic needs.  Please speak up in the comments below.
Posted by Obi-Wan at 8:00 PM