A few of my LEAST favorite things 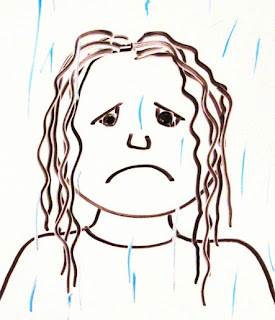 A couple weeks ago, I wrote about a few of my favorite pieces of photographic equipment.  Those were items that I'd recommend to a friend without any reservation.  Of course, I'm not in love with all of my gear.  There are some items that I must use frequently, but curse them all the while.  While these pieces may work well enough for some, they don't meet my ever-increasing standards, and I'll be replacing them soon. 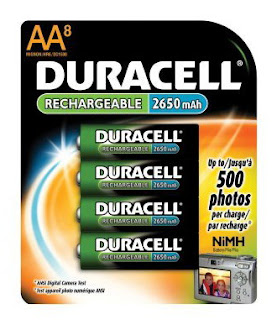 The first item is my non-pre-charged Duracell NiMH rechargeable AA batteries.  Back in 2008, I bought two 4-packs of Duracell NiMH AA batteries to power my speedlite flashes.  This was before the era of Eneloops or pre-charged rechargeables.  These batteries are rated at a stunning 2650 mAh, which means they will handle plenty of full-power flashes before dying.  These first two sets also have plenty of shelf life, so I know that the spare set sitting in my bag will be ready when I need them.  I love these batteries.

As I started buying more speedlights in 2010, I bought a four more 4-packs of what appeared to be the same Duracell batteries.  Alas, something had changed in the manufacturing process during those two years, because these identical-looking batteries can't hold a charge for even a week.  They work well if I charge them the night before a shoot, but if something unexpected pops up, I have to scrounge for alkalines or rob the kids' Wii remotes of their Eneloop AA's.  Talk about annoying!  Rechargeable NiMH AA's and AAA's cost about $10 per 4-pack, so I've got about $40 invested in these worthless things.

The important lesson to learn here is that when buying rechargeable batteries, always be sure to get the "pre-charged" variety.  The fact that they can be charged at the factory & still hold their charge when you take them off the store shelf means that they'll also hold their charge for weeks (or months) on end in your camera bag.  These pre-charged batteries may not have quite as high a power rating (mAh) as the non-pre-charged batteries when first charged, but the important thing is how much capacity they have when you need them, not when you first pull them off the charger.  "Eneloop" is the brand you most frequently see referenced, but there are many others with this same technology that work just as well.  I have since purchased scores of Eneloops to power most of the electronic devices in my house, and I'll be buying more of them for my camera bag soon. 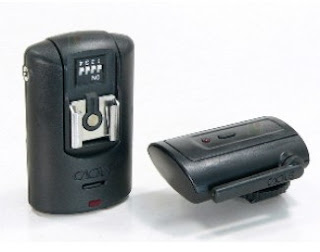 Next on the list is my Cactus V4 radio flash triggers.  When I first started getting into the "strobist" off-camera flash movement, I bought a set of radio triggers so that I could fire my flashes from elsewhere in the room without running cables.  The flexibility they offer is great.  When considering wireless triggers, there are offerings for any budget.  Pocket Wizards are the gold standard used by most full-time pros, and they're priced accordingly.  There are a handful of second tier options which are reliable enough for serious use, but still not as expensive as PW's.  Then there are a whole host of "eBay" triggers (so named because they're commonly available from the online auction site, as well as on Amazon) which are dirt cheap and not really reliable enough for professional use.  These third tier triggers are a great option for amateurs on a budget who want to experiment, which is where I was when I bought my Cactus V4's.

The V4's (recently replaced by the V5's) were on the upper end of the third tier, priced at $40 for a transmiter/receiver pair.  I bought them because they were reasonably well recommended, but also because they were one of the few low-end triggers that could handle the excessive (300V) trigger voltage sometimes encountered in the old, manual flashes that I collect.  Most cheap triggers can only handle the 12V seen in modern, electronic flashes.  The V4's worked well enough for playing around, but I found them to be increasingly unreliable (not firing or firing out of sync).  Even when using them to shoot family events like birthday & Christmas parties, this is extremely frustrating.  When it happens during a paid portrait session, it's time to upgrade to something more reliable.  $40 triggers shouldn't ruin a $700 job, as they almost did for me a few weeks ago.

I'm still shopping for replacements from the second tier options.  I think I've narrowed down my choices to either the RadioPoppers or the Phottix Strato II Multi.  Both of these have inexpensive (less than $100) options if all you need is to trigger a manual flash, which is important for me.  If I'm only spending $20 on a flash, I don't want to spend $200 on a trigger for it.  Both of these brands also have more expensive (yet compatible) offerings that will provide TTL control for modern flashes. 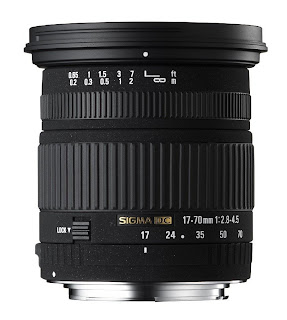 The third item on my black list is my Sigma 17-70mm f/2.8-4.5 DC macro lens.  This is my standard walk-around lens, purchased with my first DSLR body back in 2007 as an upgrade over the factory kit lens.  It served that roll well for while.  The wider f/2.8 aperture is great for creative effects.  The longer 70mm focal length (compared with an 18-55mm kit lens) gets used all the time, and the close-focusing macro capability (just 1" past the front glass) is a great option for a general purpose, walk-around lens.

Alas, several things about this lens have become increasingly frustrating.  I shoot a lot in low light environments, and the lack of image stabilization in this lens has caused me to miss many shots due to unacceptable levels of camera shake.  The f/4.5 aperture at the long end also contributes to this.  F/4.5 is better than the f/5.6 you'd find in kit lenses, but it's nowhere near as good as the f/2.8 that you'd find in many pro-quality lenses.  A faster aperture would also allow quicker & more accurate focusing, which is another frustration.  This lens lacks an ultrasonic focusing motor (Sigma's HSM or Canon's USM), and as a result, it focuses rather slowly.  When you're trying to catch a fleeting moment, focus speed is important.  Finally, I've had trouble with inaccurate autofocus on many occasions, including paid jobs.  I don't know if that's due to the slow aperture, the slow focusing motor, or something else, but it sucks big time, and makes this lens unusable for shooting important events.

In 2009, Sigma released a redesigned version of this lens that addressed many of my complaints.  They've added optical stabilization (OS) and a hypersonic focusing motor (HSM), and increased the maximum aperture at the long end by 1/3 stop to f/4.  They've also improved some of the internal optics.  I'm told that this is not an upgrade to the old lens, but rather a ground-up redesign.  Whether any of these features would fix my focus inaccuracies, or whether I can adjust that in my newer Canon 7D and 50D bodies, remains to be seen.  I would love to get a lens with a constant f/2.8 maximum aperture for use in low light situations, but I don't want to give up the 70mm focal length, the image stabilization, or the macro capabilities just to gain one stop of light at the long end.

I think the most likely upgrade candidates for me are:

I'm leaning toward that first one, but I'd love to hear any other suggestions that address my needs.  Please speak up in the comments, as I'm hoping to pull the trigger on a new lens soon.

Update:  I just placed an order for the updated version of this same Sigma lens because it was on sale this weekend.  We'll see how it does.   Macro capability is slightly reduced (now focusses 2" from the front glass), but most everything else is an improvement.  I'll keep you updated.  Why the 17-70mm again?  The 24-70mm lenses are not stabilized (or wide enough), and the 17-50's aren't long enough.  Neither pretends to do macro.

Hopefully, this doesn't sound too negative, but I want you all to learn from my experience, whether it be good or bad.  What purchases have you folks made that you've regretted down the road?  What are the best and worst pieces of equipment you own?
Posted by Obi-Wan at 9:47 PM